Well the Apollo Heritage event is over and I had a lot of fun with the interview or should I say “armchair chat”. It was a very comfortable discussion. I am excited to tell you that there is a video of the event. It was recorded and the link is below. I must say that I am very taken with Dr. Pamela L. Gay (the host) and her interview style. I was never left with a feeling of “what will happen next”. END_OF_DOCUMENT_TOKEN_TO_BE_REPLACED

Robert Brand is a Special Guest for Apollo 11 GLXP Hangout

Not much to say, but to follow the link below and be part of the Apollo 11 special event for the Google Lunar X Prize Team Hangout.

I will be discussing my experiences wiring up the Apollo 11 gear in Sydney – not that this was an amazing event, but since I am part of a group building a mission to go to the moon with a Rover, it appears that I am about the only person in the GLXP with a connection to the Apollo 11 event. END_OF_DOCUMENT_TOKEN_TO_BE_REPLACED

Remember the small prototype of a KickSat (photo right)? I wrote about it in an earlier post. In mid April, 2014 it was tucked inside its mothership and that was inside the SpaceX Falcon 9 rocket that blasted into orbit with the ISS resupply cargo module.

Wikipedia says: “This was the SpaceX CRS-3, a cargo resupply mission to the International Space Station, contracted to NASA, which was launched on 18 April 2014. It was the 5th flight for SpaceX’s uncrewed Dragon cargo spacecraft and the third SpaceX operational mission contracted to NASA under a Commercial Resupply Services contract.” END_OF_DOCUMENT_TOKEN_TO_BE_REPLACED

Sorry for the lack of posts – it has been 5 months, but life has gone to being extremely ridiculous workload-wise.

The OTVA has their Autumn Social event on Friday 5th April at the Bowlers Club located at 95-97 York St Sydney.  RVSP to Peter Bull so that he can submit the numbers to the Functions Coordinator prior to the day. Respond early to avoid disappointment. END_OF_DOCUMENT_TOKEN_TO_BE_REPLACED

On 29 November 1967, Australia became only the fourth country – after the USA, Soviet Union and France – to launch its own satellite from its own territory.

The battery-powered WRESAT weighed about 45 kilograms and was designed in the form of a cone. Three cones (two test and one actual) were constructed in the development phase, and a range of tests were carried out to ensure the satellite’s durability. END_OF_DOCUMENT_TOKEN_TO_BE_REPLACED

Three years ago I had nothing to do with space other than Moon Bounce – using amateur radio to bounce signals off the moon and back to earth.

Today I just accepted the roll of manager for Communications, Navigation and Data (CND) for an attempt to land a probe on the moon and beam back video from a rover that has to travel 500m. The team is called Team Stellar and it is new. The team is in competition for the Google Lunar X Prize (GLXP). What is the GLXP? From their website:

The Google Lunar X PRIZE is igniting a new era of lunar exploration by offering the largest international incentive prize of all time. A total of $30 million in prizes are available to the first privately funded teams to safely land a robot on the surface of the Moon, have that robot travel 500 meters over the lunar surface, and send video, images and data back to the Earth. Teams must be at least 90% privately funded, though commercially reasonable sales to government customers are allowed without limit. END_OF_DOCUMENT_TOKEN_TO_BE_REPLACED

With my “Space” work, it has been my privilege to meet many people and communicate with them via the Internet. It is most unfortunate that I did not meet Stan Lebar, but I have corresponded with his family on many occasions and this morning his son Scott sent me a message. Although not relevant to OTC, it has prompted me to post this story.

It was Stan’s cameras that brought us the images from the Apollo missions that OTC relayed through Paddington (Apollo 11) and Moree. Stan’s wife wrote to me thanking me for my support of her husband’s work and Scott Lebar is a newspaper editor but enjoys my Apollo historic stories and often comments on them. END_OF_DOCUMENT_TOKEN_TO_BE_REPLACED 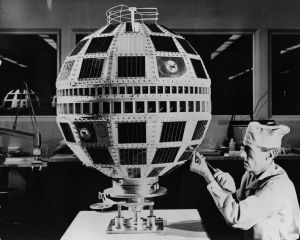 The video below is courtesy of ESA. It shows the changing face of satellite communications. Very different from our OTC days.

This introduction from ESA: Unless you were lucky enough to get your hands on a coveted London 2012 Olympics ticket, it’s likely you’ll be watching Usain Bolt from the comfort of your living room. This is all made possible by satellites which have beamed some of the most important moments in history to our homes. This year marks 50 years since the first image was beamed through space and back to earth again via satellite. END_OF_DOCUMENT_TOKEN_TO_BE_REPLACED 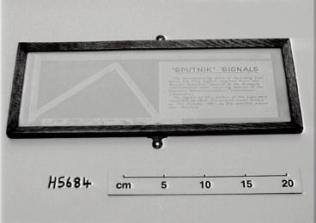 In my limited research of OTC stuff in the country’s archives, I came across this item:

[Ed] I have met most of the Apollo moon walkers and command module pilots but I never met Neil Armstrong. Unlike Buzz Aldrin, Neil had become somewhat reclusive. He avoided public appearances and refused to sign autographs. He was still passionate about space and spoke his mind on where NASA should point their rockets. As one on the many exOTC staff that supported the Apollo 11 mission, I am saddened by the world’s loss of an extraordinary astronaut that had ice water flowing in his veins. He was one cool guy that was able to walk away from many failures where others would have perished. We will miss you – Robert Brand

The following is a statement from NASA Administrator Charles Bolden regarding the death of former test pilot and NASA astronaut Neil Armstrong. He was 82. END_OF_DOCUMENT_TOKEN_TO_BE_REPLACED 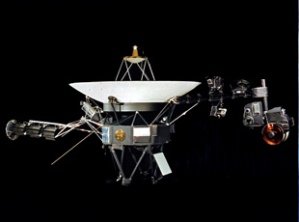 Voyager Keeps On Keeping On

It seems that nearly 35 years ago was only yesterday. I clearly remember the excitement of the launch of Voyager II and then soon after Voyager I. I was even at Parkes for the Voyager II encounters with Uranus and Neptune. I was on the tail end of the Giotto project when Voyager was  flying past Uranus and then I was visiting again when it encountered Neptune. That was some 23 odd years ago for that last encounter. END_OF_DOCUMENT_TOKEN_TO_BE_REPLACED

Many of you may not know that I have recently moved (partially) into the Space sector, but I am not talking about just comms. I am talking about designing and engineering a space mission. In mid September I will announce the details of a mission I have become deeply involved in that will see probes land on another planet. END_OF_DOCUMENT_TOKEN_TO_BE_REPLACED

The opening of the Carnarvon Space and Technology Museum

This is a big story for the exOTC staffers. The preservation of these sites is a huge leap forward over the dishes that were left rust and corrode at Carnarvon. I so wish I could make it for the celebrations but I expect that there will be a few exOTC staff in the area and traveling for the big event.

END_OF_DOCUMENT_TOKEN_TO_BE_REPLACED

It was about when I was 17 years old that I (Robert Brand) first heard of Jamesburg Earth Station. I was a second year trainee at the Dept of Civil Aviation Regional Training School at Waverton and assigned to the International Maintenance Centre (IMC) at Paddington for field training. I was asked to wiring up some Apollo 11 jumpering for Wayne Ozarko and I learned of this site as the received dish for the transmissions from Moree for the Apollo 11 moon landing.

END_OF_DOCUMENT_TOKEN_TO_BE_REPLACED

This article was published by me (Robert Brand) as part of the Apollo 11 celebrations. The OTVA and OTC stories were told to the world through many media including radio.
This was published 40 year after Apollo 11 took off and it was 57 hours into the relived flight:

END_OF_DOCUMENT_TOKEN_TO_BE_REPLACED

Apollo 11 and The Role of the ARIA Aircraft.

At 182+ hours into the flight of Apollo 11, the capsule, for the first time, will reenter with lift vector “up”. It is normally down, but they want to extend the range 250 miles. This is a last minute change to correct for the slight error made by not being in the center of the reentry window and bad weather in the landing area if uncorrected. The capsule will sort of “skip” a bit off the atmosphere. In other words the Apollo capsules has some limited steer-ability in this vector. A bit like skimming a stone over water. END_OF_DOCUMENT_TOKEN_TO_BE_REPLACED